There are all sorts of Interviews and job offers everywhere now, including online and this is because we all know how difficult it is to get job in Nigeria most especially in lagos. 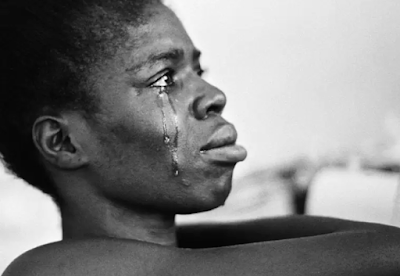 This Evil doers takes that advantage to lure their victims to come for job interview, what we will advice is that before you set out to go anywhere for a job interview be sure of that location, address,the company itself and the environment, you can googleto verify or do your findings on how genuine that vacancy advert or Company is, before jumping into an unknown building in the name of job interviews.

Evil doers are all over the place no where is safe, including Ritualist uses this trick too so please this is going out to the public to be very observant and do torough findings when going to any location or company for a job interview.

A 22-Year old job seeking young lady, (name withheld) that was promised one has been raped by the person who promised to give her the job in Lagos.

P.M.EXPRESS reports that the suspect, 35-year old Babatunde Orekoya has been arrested for having unlawful carnal knowledge of the victim.

The incident happened at Awoyokun Street in Ilupeju area of Lagos where Orekoya resided.

It was gathered that the victim fell into the suspect’s trap when she contacted him, explained her condition and asked him to help get a job for her and Orekoya promised to do so.

On the day the incident happened, it was scooped that the suspect had called and informed her that he had gotten a job for her with good salary.

He then asked her to come to his house so that from there he will take her to the place for the routine interview and she will secure the job immediately.

However, the whole thing turned out to be a scam without the victim knowing that the suspect had such ulterior motive against her.

It was gathered that when the victim got to his house, he locked the door from inside, loaded the music system so that the neighbours will not hear her shouting during the act.

According to the victim, “He forcefully tore my pant, over powered me and penetrated before he allowed me to go.” She went home and told her parents what happened.

The matter was reported to the police at Ilupeju Division and the suspect was arrested and detained at the police station.

He was charged before Ogba Magistrates court for the alleged offence.

The presiding Magistrate, Mr. T.O. Shomade ordered him to be remanded in prison custody without granting him any bail.

The court adjourned the matter till 12 February, 2020, when the court will rule on his bail condition
Author: Chumax at January 20, 2020

Email ThisBlogThis!Share to TwitterShare to FacebookShare to Pinterest
Tags News