Yahoo boy's now rent apartment for their babalawos in lekki 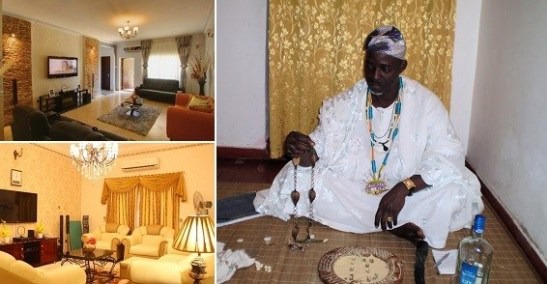 In a new social media funk, a it’s been alleged that internet fraudsters, “Yahoo boys” actually rent apartments for their ritualists “Babalawo” who aid their fraudulent activities using voodoo.
According to a tweet shared by a user, these Yahoo boys now rent apartments for their Babalawos becasue they don’t want them to be distant from them.
And in reply to the tweet, another user said it’s not a new thing as it’s purportedly been going on for a while, another tweep even claimed one of his friends had to leave his apartment because of that situation. Follow the thread below: